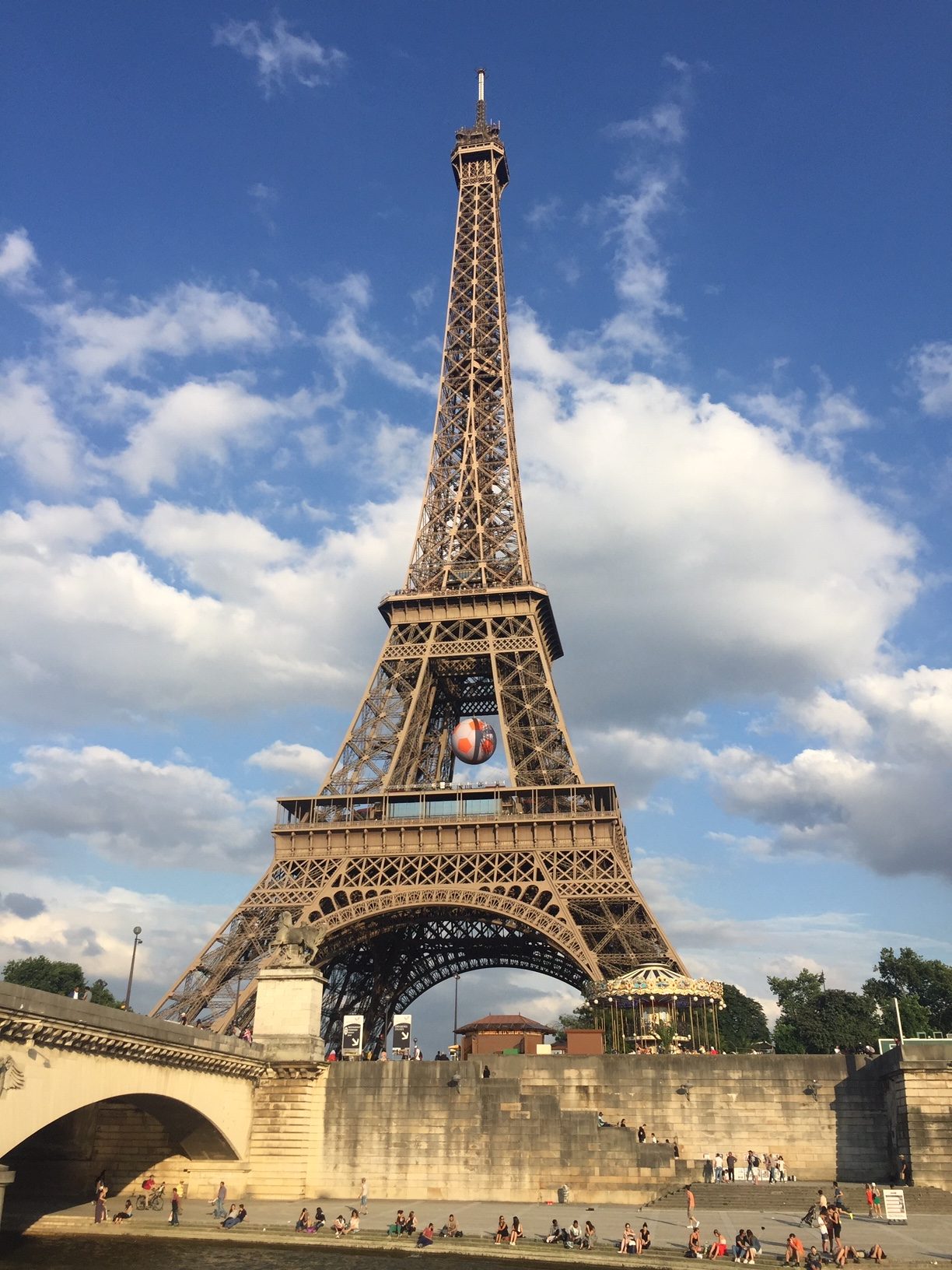 The City of Lights is an amazing city, and a favorite family destination.  Paris isn’t known for being budget friendly, but smart strategies can help you stretch your travel dollars. We spent less than $1500 during our week in Paris using these tips.

Hotel rooms in Paris can be expensive.  Adding to the cost, many hotels will only allow three people per room.  Your family of four (or five) might need two hotel rooms.  Rather than stay in a hotel, consider renting an apartment.  You’ll generally have more space, and a kitchen.  Some apartments even have a washer, so you can pack fewer pieces of clothing.

When we traveled to Paris in June, I found an apartment on the Île Saint-Louis (one of the two islands in the middle of the Seine) for about $100 per night.  Although it was tiny, the location was amazing—less than five minutes from Notre Dame cathedral.  The hotel next door to our apartment would have cost over $3000 for the week we were there.  Fortunately, apartments abound in Paris.  I searched Airbnb while writing this, and found many options in the same price range.  It’s very possible to find simple apartments for reasonable prices, but make sure to reserve early for the best options.

Of course Paris is known as a foodie destination, but you don’t have to spend a fortune.  There are amazing foods in the budget price range.  When we were in Paris, we ate out for lunch.  My kids were particularly partial to crêpes, but we also enjoyed falafels, frites, and baguettes with cheese and butter.  To ensure that we didn’t end up eating at mediocre tourist traps, I researched cheap eats ahead of time.  I kept my list of places to try on an index card in my bag.  The list was organized by arrondissement, making it easy to know which options were close by. (We really liked L’As du Fallafel in the 4th and the crepes in the Bastille Market.)

(This is one of my favorite tips)  By the end of each day, my kids were tired.  Eating in a restaurant would have been a trial for all of us.  We decided not to spend €80-100 for the privilege of fighting with them in a restaurant. Instead, we ate in our apartment, where the kids could hang upside down off the couch if they wanted.

We bought our meals at a store called Picard.  It’s a chain of stores found all over the country.  I’ve heard it referred to as the “Trader Joe’s of France”.  While I can understand the comparison, it’s not exactly accurate.  Picard specializes in frozen foods.  When you walk into the store, you’d be forgiven for thinking you’d walked into an appliance store.  It kind of looks like they’re selling freezers.  There are a huge number of chest and standing freezers.

The food in the freezers, however, is the draw here.  There’s a huge variety of food, with main dishes, sides, and desserts.  The prices are very reasonable, and the food is quite good, with few preservatives.

During our week in Paris, we tried several options from Picard, and were generally happy with our meals.  My younger daughter ate the same meal every night, and was thrilled with it.  Although I would have preferred for her to branch out a little, I couldn’t argue with the price—less than €2.  There were three Picard stores within ten minutes of our apartment, and with about 30 around the city, you’re sure to have one close by.

Another delicious way to save money in Paris is to picnic around the city.  Parisian boulangeries abound, and many sell sandwiches in addition to breads.  You can pick up a ready made sandwich or buy bread and make your own.   There’s nothing quite like a French baguette.  Pair it with some fruit, and eat in the shadow of the Eiffel Tower for a truly memorable meal.

Paris has TONS of playgrounds.  There are small ones scattered all over the city.  We stopped at many of them for the kids to play and swing.  There are also big playgrounds at the Tuileries and the Jardin du Luxembourg.  We spent a memorable afternoon at the Tuilleries playground watching our kids run around with about thirty other kids.  Although they were speaking many different languages, the kids seemed to have no trouble understanding each other.  It was a magical experiences that I’ll remember for the rest of my life.

If your family loves museums, get the Museum Pass.  Available in two, four, and six day versions, it gives you access to over sixty museums and monuments in Paris, including the Louvre, the Musée d’Orsay, the Pantheon, and the Arc de Triomphe.  In addition to free admission, you often skip the entry queue as well.  Most of these attractions are free for kids, but if you have the Museum Pass, they skip the lines, with you.  We chose the four day pass (€62), and arranged the trip so that we went to all the museums in those four days.  The passes saved us over a hundred euros and an impressive amount of waiting.  You can purchase the museum pass ahead of time, but I just bought ours at Charles de Gaulle Airport when we arrived.

Depending on how long you’re in Paris, the days of the week that you’re there, and how much you’ll be riding public transport, you might save even more money with a weekly travel pass.  The Navigo Semaine is valid from Monday until Sunday and allows unlimited travel during that time.  It’s a little more work to obtain, as you have to purchase a €5 Navigo Découverte travel card and load it with the weekly pass.  You also must have a photo for the pass.  The one week pass is €22.80.  I ran the numbers for our family, and it made sense for us to get the weekly pass.  Make sure you download the RATP app, which makes travel easier.

Paris is a beautiful, vibrant city, with an unlimited number of things to do for families with kids.  Plan ahead and use these simple strategies to save lots of money during your visit.  Do you have any money saving tips for Paris?  Leave them in the comments below!