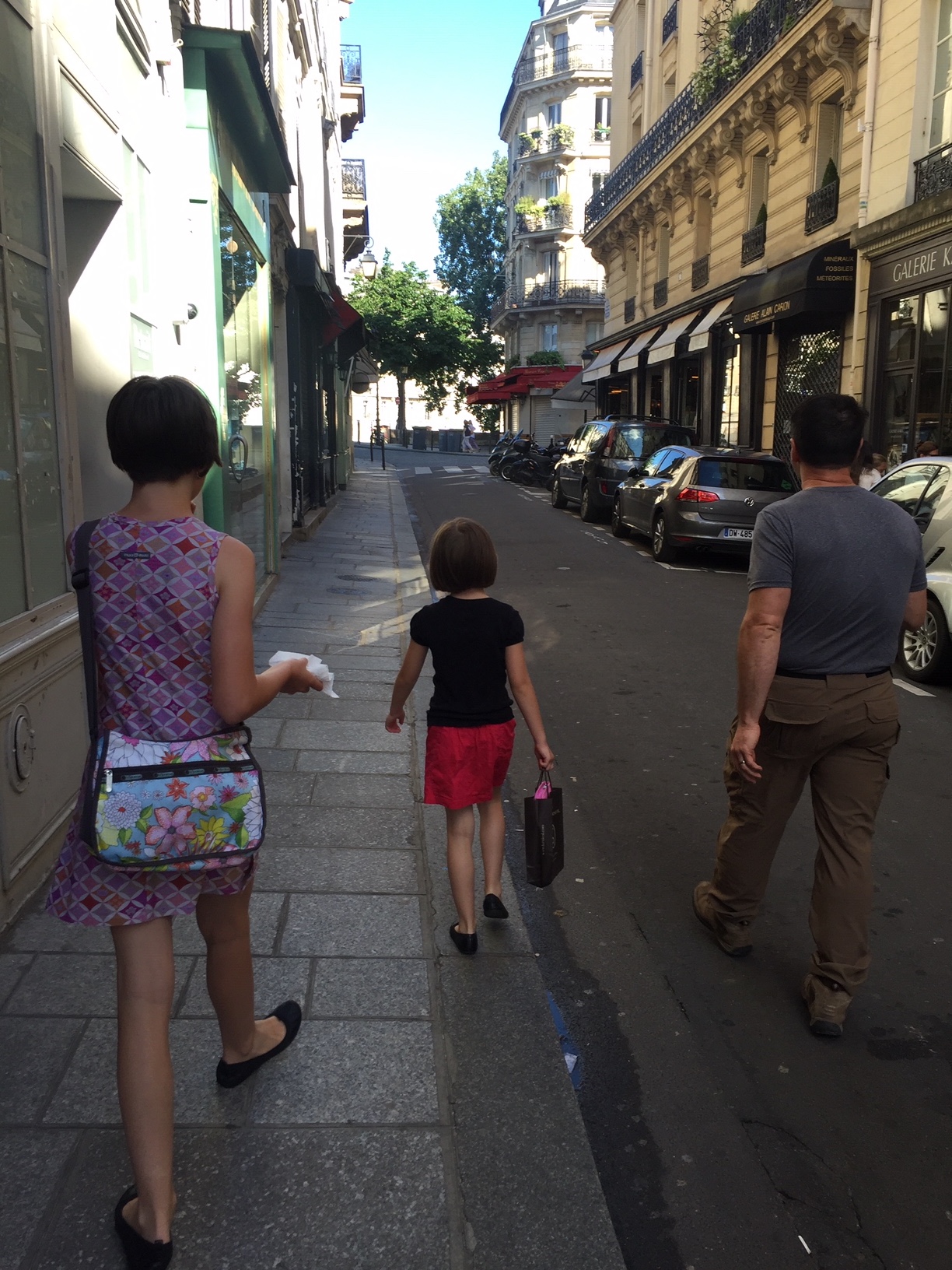 We save money and get an authentic feel for a location by using public transportation and walking.  If you’re going to a city, don’t rent a car—trust me.  There’s definitely a place for car rentals, but it isn’t for city travel.  In many cities, cars aren’t particularly welcome, as evidenced by the astronomically high rates you’ll end up paying for parking.  Some places even penalize you for even driving into the city center.   Add that to the hassle of trying to find a parking place, and you’ll soon realize that having a car is much more trouble than it’s worth.

Embrace local transportation and your own feet and you’ll see the sights like the locals do.

Using your feet to get around

When we go on trips, we walk.  A lot.  It gives us the most flexibility to wander down side streets and into interesting shops.  We get to see, hear, and smell the neighborhoods (not always a positive).  Walking down the streets allows us to discover the best bakeries in town.  It’s not unusual for our family to walk 12 or even 15 miles in a day.  It goes without saying that this is why we only bring comfortable shoes.

There are so many experiences you can only have while walking.  You miss much of a city if you’re experiencing it from a car window.  We found the unusual street corners of the Eixample district of Barcelona fascinating, but we might not have noticed them if we weren’t actually crossing them.  We loved seeing the stones that made up the streets in Rome, and we really enjoyed walking along the ancient Appian Way (the reason the saying “all roads lead to Rome” exists).

Walking leads to serendipitous experiences, and the pace allows you to explore things you might otherwise miss.  We spent a fascinating hour or two in the Protestant Cemetery in Rome, just because we were curious what was behind the walls and wandered through the gates.  We found the most incredible bakery EVER (hands down, no contest) because we walked by it in Barcelona and were intrigued by the window displays.

If your kids aren’t used to walking, consider doing some family strolls around your neighborhood to get them ready, although my kids have adapted to the longer walks of our trips without any problem.

When we’re trying to be more efficient in getting to a destination, we usually use public transportation.  We live in a small city that currently has no public transportation at all, and my kids have enjoyed learning to use the systems in several cities.  I’ve loved seeing them become more confident train and bus users.

In many cities the metro or subway system is the simplest way to get around quickly.  Although you don’t usually see much of the city during the travel, it’s a fast and simple way to move longer distances.  In most cities, the metro system is pretty easy to use, making it less intimidating if it’s your first time using public transportation in a big city.  In most cities, the trains run often and are safe.  It’s a great place to start when you’re starting to explore a city.

The bus system can be more intimidating in lots of cities, but we’ve found that buses will get you more places, and you get to see more of the city while you’re riding.  The city often goes by faster, so you don’t get to take in as much as when you walk, but you get there much more quickly as well.  Bus systems can be more complicated, though with many different bus routes.  It can be a little daunting to make sure that you’re on the right bus, heading in the right direction (we’ve definitely caught the right bus on the wrong side of the street, which means that we’ve headed in the exact opposite of the direction we wanted to do).  I’ve found that when in a new city, it’s important to allow plenty of time when using the bus system for the first time!

When using public transportation, do your research ahead of time to see if there are multi-day passes that make sense for your family.  It varies by city.  In Rome, we bought weekly passes.  In Paris, we ended up with Paris Transport travel cards for my husband, my older daughter, and myself, but it was cheaper to pay for individual trips for my younger daughter.  In Barcelona, it made more sense to pay by the trip for all of us.  It won’t take you long on the public transportation system’s webpage to figure out which one is the case for the city you’re visiting.

There’s a place for Uber and Lyft in budget travel

Although we are budget travelers, we’ve found a role for services such as Uber or Lyft in our travels.  Once, we had reservations for a tour of the Vatican and it became painfully clear that we weren’t going to be able to walk there in time to make our reservations.  Another time we realized that we were in danger of missing our train if we didn’t get to the station quickly.  In both cases, having the Uber app on my phone saved us.  I was able to request a car and we were on our way within a couple of minutes.  Having the app downloaded and set up on your phone is a good way to be ready for those unexpected events.  In some cities MyTaxi is the rideshare app of choice, so doing a little research ahead of time and making sure you have the app downloaded is key.

Planning ahead is key

Wherever you’re going, do some research before you leave to learn about the walkability of the area, the public transportation options, and how to get a car to pick you up if you need to get somewhere in a hurry.  As with most other aspects of travel, a little research can make your trip easier and more enjoyable.